Advances in the technology that tracks aircraft location, speed and altitude made 2020 one of the safest years on record to fly over the North Atlantic Ocean. Analysis of Gander oceanic control area (OCA) safety data from NAV CANADA shows that with the use of space-based Automatic Dependent Surveillance-Broadcast (ADS-B), in addition to other air traffic management infrastructure, no aircraft spent time at an unprotected flight level or on an unprotected track this past year.

Before space-based ADS-B was introduced in 2019, due to limitations of technology used by the aircraft and air traffic service (ATS) professionals, air traffic controllers only received updates on the location of planes once every 14 minutes over parts of the OCA. Flights in this airspace were tracked using reports received from pilots or automated surveillance systems, such as Automatic Dependent Surveillance-Contract (ADS-C). 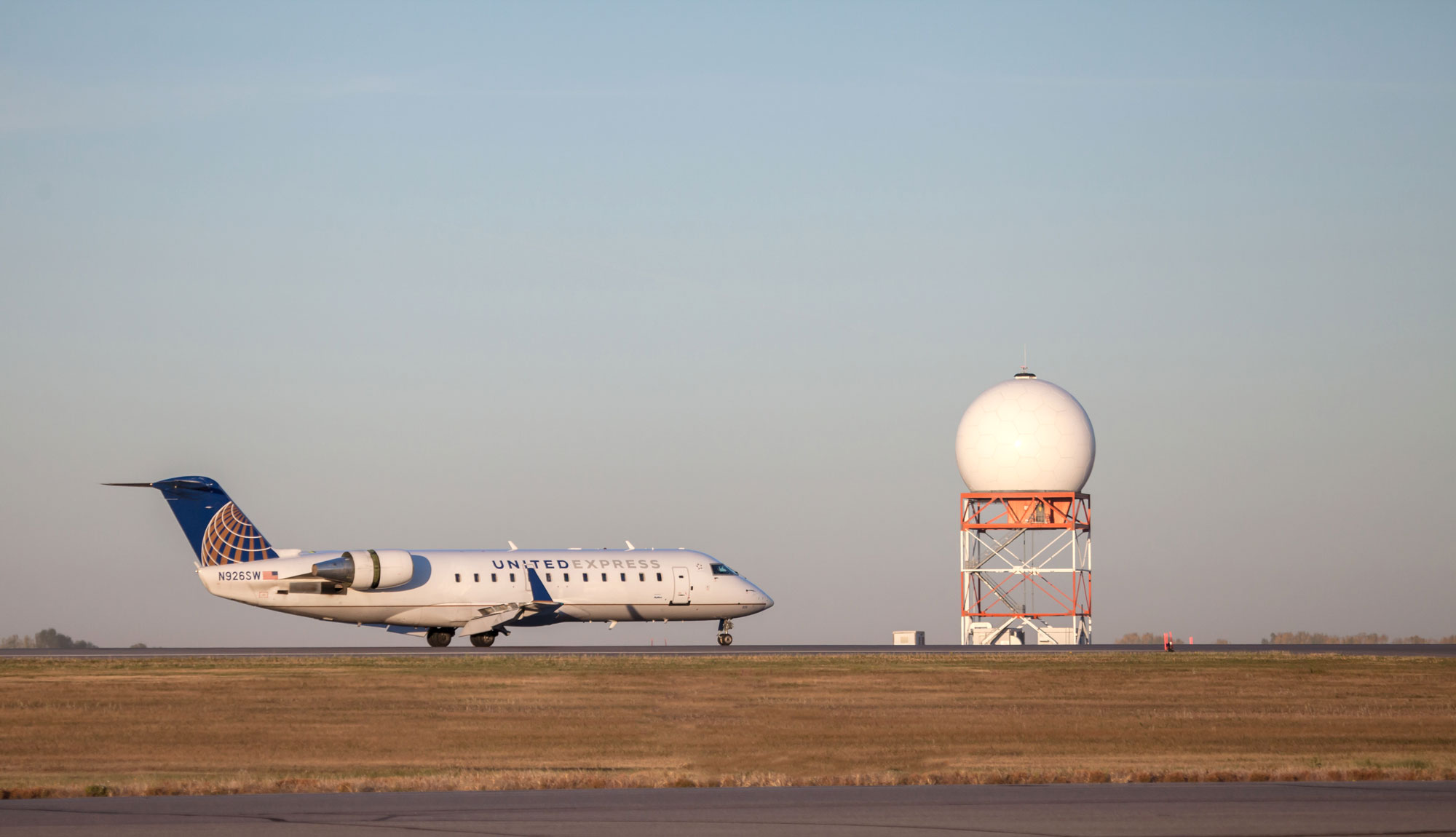 If an aircraft changed its speed, flight level or track, also known as its cleared flight profile, air traffic controllers were not notified of the deviation until they received a position update from the plane. These events, known as unprotected flight levels or unprotected tracks, are recorded in minutes and cumulatively represent a significant safety performance indicator for operations in an airspace.

It is important to note that being on an unprotected flight level or unprotected track does not put aircraft in immediate danger. It could be a warning sign of a developing issue or lead to a plane reducing its time or distance below the acceptable minimum from other planes in the sky – an event known as a loss of separation. Typically, when an aircraft is detected on an unprotected flight level or track, air traffic controllers communicate with pilots to return them to their cleared flight profile.

“A lot can happen in the air in 14 minutes,” says Noel Dwyer, National Manager of ATS Standards Delivery at NAV CANADA. “When we were relying exclusively on ground-based surveillance systems, as aircraft flew beyond the line of sight of these systems, we became totally reliant on aircraft reporting to ensure they were adhering to the clearances provided by air traffic controllers. If an aircraft deviated from its cleared profile, we wouldn’t be notified about the change until the pilot made their next scheduled report or the aircraft was picked up by ground-based surveillance when exiting oceanic airspace.”

Aircraft equipped with ADS-B can stream their exact position and altitude twice per second, wherever they are in the world, to a network of 66 satellites. Air traffic controllers and the systems they use to provide air navigation services can now detect deviations within a matter of seconds, rather than minutes, improving the safety and efficiency of flights with ADS-B equipped aircraft.

The drop to zero time spent at unprotected flight levels or tracks in 2020 represents a significant safety milestone. Dwyer says that while the decrease in air traffic caused by the pandemic may have contributed to the drop in the total number of safety events, the fact that no aircraft spent time at unprotected flight levels or on unprotected tracks in 2020 can be attributed to how frequently aircraft positions are updated with space-based ADS-B.

The new surveillance system was developed by AireonOpen a new window, a company based in Virginia and partly owned by NAV CANADA. ATS surveillance services using space-based ADS-B are provided in all Canadian Class A airspace at flight level 290 (29,000 feet) and above and, in conjunction with NATS, the United Kingdom’s air navigation service provider, across the North Atlantic. To date, 18 air navigation service providers (ANSPs) around the world use Aireon’s technology to increase the safety, efficiency, predictability and capacity for aircraft flying in their airspace. Aireon’s technology is also expected to lower costsOpen a new window and greenhouse gas emissionsOpen a new window for aircraft.

After 7 years of development and collaboration with experts and partners, Aireon’s system became operational in 2019. Today, Aireon’s space-based ADS-B provides 100% surveillance to global airspace. Discover our journey from concept to launch at https://t.co/LmYeYQXZAw pic.twitter.com/tjvYNHn4kj

Looking towards the future, Dwyer says NAV CANADA is exploring ways to bring these safety and efficiency benefits to more aircraft in Canadian airspace. “This represents one of the biggest advances in aircraft tracking technology since radar was introduced as we have the capability to see aircraft in airspace where it was never before possible. While flying is still one of the safest ways to travel, if something doesn’t go as planned, time is of the essence, so we look forward to further expanding space-based ADS-B services to equipped aircraft in our skies in the years to come.”

Learn more about our newsletters and the types of information that are included.