Ensuring the safety of operations on runways

Canada’s airports are responsible for managing and maintaining their runways in ways that ensure safe operations. At airports with control services, NAV CANADA – the country’s air navigation service provider – determines which runway and flight paths airlines will use to safely and efficiently manage the flow of aircraft flying into, out of and across controlled airspace.

Control services are provided in high-density traffic areas where pilots fly by instruments (under instrument flight rules – IFR). At these busier airports, air traffic controllers give pilots takeoff and landing clearances, along with instructions for maintaining a safe, orderly flow of traffic on runways, taxiways and in airspace immediately surrounding the airport.

Runways are named using a numbering system that reflects its orientation – or heading. As runway designations are correlated with the degrees on a compass, runway names will range between 01 and 36 (truncating the last digit). Each opposite end of the runway is identified and designated separately as aircraft can land or takeoff from either side of this pavement.

Airports with parallel runways – runways which run 1,000 ft. from one another – require further designation for each runway. These busier airports will add Left (L) or Right (R) to the runway number to indicate its position. For example, Runway 35 Left and 35 Right is a set of parallel runways at Calgary International Airport. 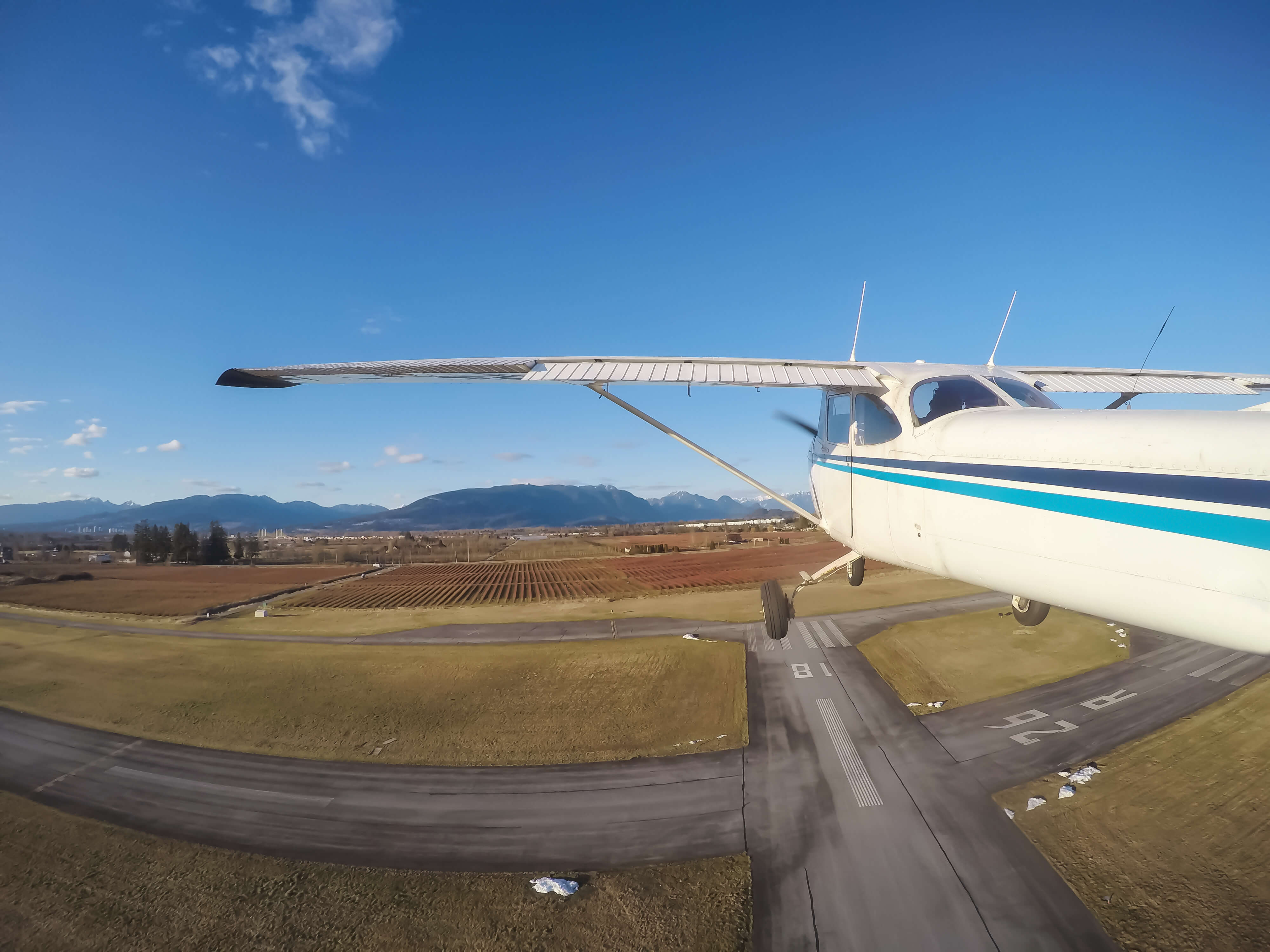 Runway selection is a complex process, where the safety of aircraft is the priority. Criteria used to assign runways that allow aircraft to safely land and take off into the wind include:

Note: Avoiding convective activity is one example of weather affecting flights. Runways may be selected to avoid flying through turbulent weather, or pilots may request to turn earlier after take-off to avoid the weather to ensure a safe departure.

Separation standards applied by air traffic controllers ensure a safe distance is kept between aircraft. Different separation standards apply depending on the nature of the operation. For example, large passenger aircraft operate under Instrument Flight Rules (IFR) where vertical and horizontal spacing between aircraft is required. Aircraft operating on Visual Flight Rules are often smaller aircraft and helicopters, and these operators may be responsible for their own separation in accordance with Canadian Aviation Regulations depending on the type of airspace.

NAV CANADA designs approach paths according to Transport Canada-approved criteria. To safely manage and integrate traffic, there are certain requirements – such as lining up with the runway to land – that simply cannot be avoided. The following is a standard approach procedure used at most airports around the world to safely sequence aircraft arriving from multiple directions. Use of this procedure will depend on the direction the plane is coming from and the runway in use as well as weather and sequencing requirements.

Standard routes have been designed to maintain order in our skies for aircraft arriving or departing from an airport. Standard Terminal Arrival Routes (STARs) and Standard Instrument Departures (SIDs) are mapped out by waypoints and provide predictable routes for pilots to follow. STARs and SIDs are procedures published in the Canada Air Pilot (CAP) aeronautical information publication.

Smaller aircraft operate on Visual Flight Rules (VFR). In this case, pilots are required to follow the rules of flight as per Canadian aviation regulations and are responsible for their own navigation – meaning they are not following a specific flight path for landing and taking off when operating on VFR.

Additionally, at these general aviation airports, flight training schools conduct circuit training – this involves aircraft, usually small single engine propellers making approaches to the runway in a rectangular or oval circuit and then apply power to take-off again in a short period. While aircraft are required to reach a specific altitude prior to turning, the circuit pattern itself – which supports practicing of departing and landing at a regular interval – limits how high an aircraft would climb.

How low can they go?

The Canadian Aviation Regulations (CARs) 602.14 to 602.16, prescribes 1,000 feet as the minimum altitude that an aircraft may over-fly a built-up area (500 feet for water and for helicopters over built-up areas), unless the aircraft is conducting a take-off, approach or landing (other exemptions may apply).

This regulation is enforceable by Transport Canada Civil Aviation Enforcement. While in the vast majority of cases aircraft are flying at altitudes consistent with those prescribed by regulations and in published procedures, details about aircraft suspected of flying too low or in an unsafe manner should be sent to Transport Canada at services@tc.gc.ca or call 1-800-305-2059.

Information for communities on airspace change

Learn more about our ongoing and completed airspace reviews and who to reach out to for inquiries.